The PulseStar® Lighting System was developed by PulseSwitch Systems of Norfolk, Virginia, a spin-off of The Face® Companies (“Face”). Face is the only entity to have solely developed two NOVA Award-winning technologies. The NOVA is the highest international honor for construction innovation.

PulseSwitch’s “Lightning Switch®” technology, which has been adapted for use in PulseStar™, won a 2006 NOVA. Lightning Switch uses a piezoelectric generator invented by NASA and licensed to Face, which commercially developed the concept. NASA recognized Face’s achievement as one of the 20 most important developments of NASA originated technology of the early 21st century.

Lightning Switch also won the 2008 SPIE Award, which recognizes one technology in the world for the importance of its practical application of advanced, “smart” materials.

Lightning Switch was one of the first five technologies chosen for HUD’s 2007 PATH Concept Home; it has been chosen for the 2008 PATH Home; and it is recommended by the National Association of Homebuilders.

Face is a family-controlled group of companies founded in 1867. In the 1970s and 80s, Face developed what is now the international standard for the specification, measurement and control of concrete floor flatness and levelness known as “F-Numbers”: Face Floor Profile Numbers. F-Numbers won a 1990 NOVA. Face manufactures the Dipstick® Profiler, the instrument of record for measuring the flatness and levelness of floors, pavements and bridges. The Dipstick is used in 63 countries around the world and has been specified by numerous agencies including the World Bank and the Federal Highway Administration.

Who installs and provides training and service for PulseStar Lighting Systems?

There’s a PulseStar – affiliated contractor in your area, trained to install and service your system. Click here to download and print our PulseStar gymnasium lighting brochure.

For more information on the
PulseStar® Lighting system,
please contact us: 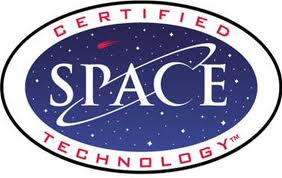 One of The Face Companies
Founded 1867